The residential building must be a singular urban piece in the remodeling of the Ntra. Sra. De los Ángeles colony in the Puente de Vallecas district.

– First: to enhance the singularity of the open and exempt block respecting the proposed form, its position and southeast orientation. We propose a volumetry with a uniform, continuous and recognizable image, developed by an architectural element in the form of an exterior skin that molds and softens its corners.

– Second: order the open block around a single stairwell and elevators, with houses on both sides.

– Third: respond to the strong slope of the plot of more than 3.0 m between the pedestrian priority road and the opposite boundary. 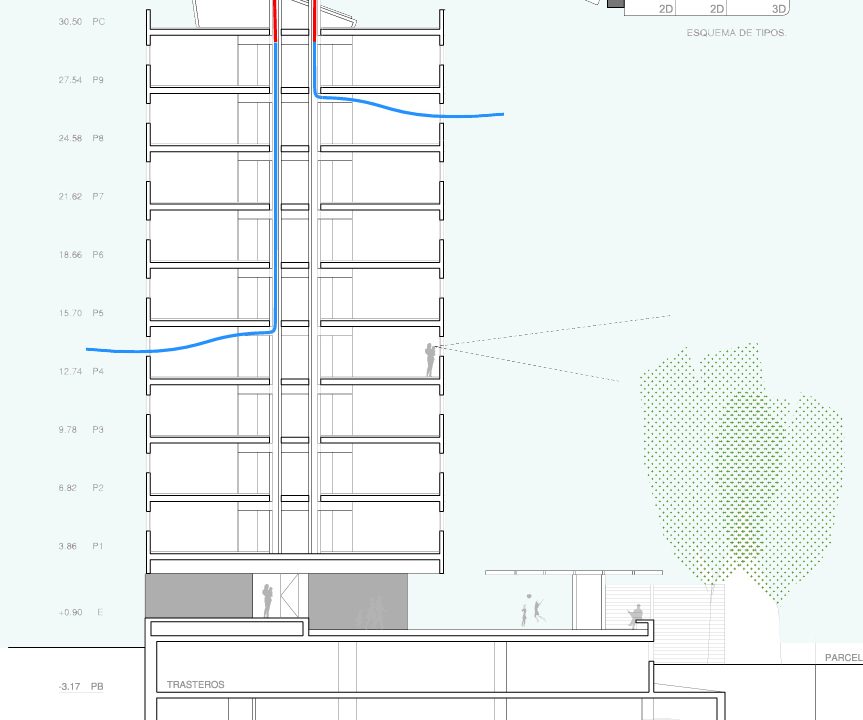 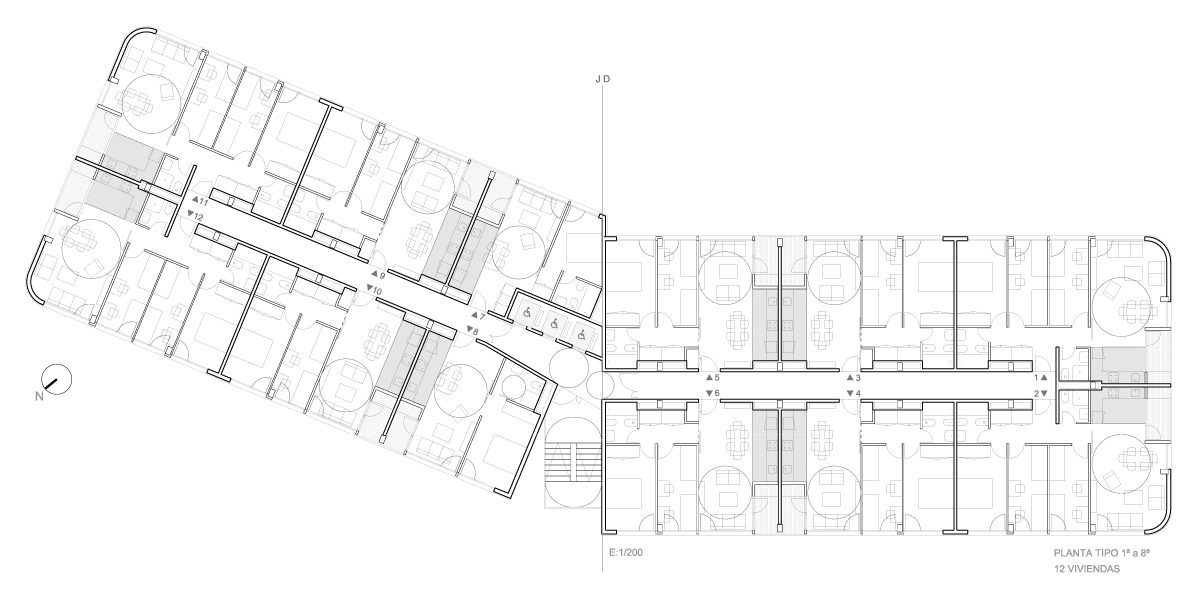 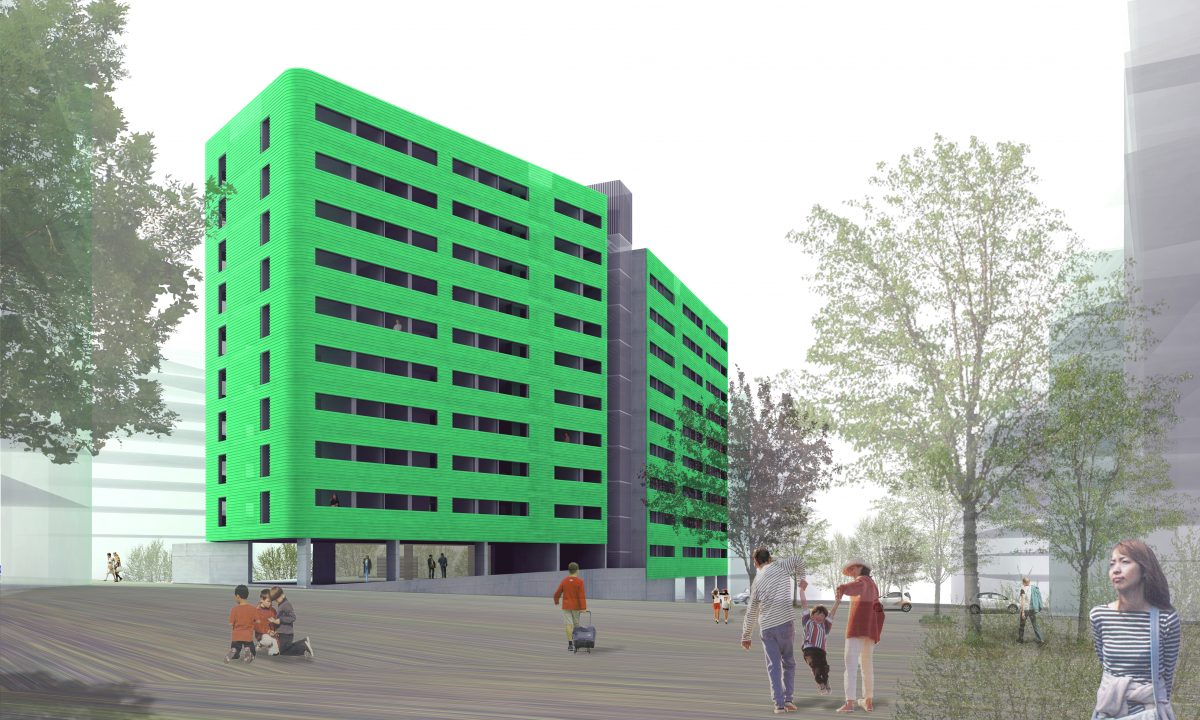 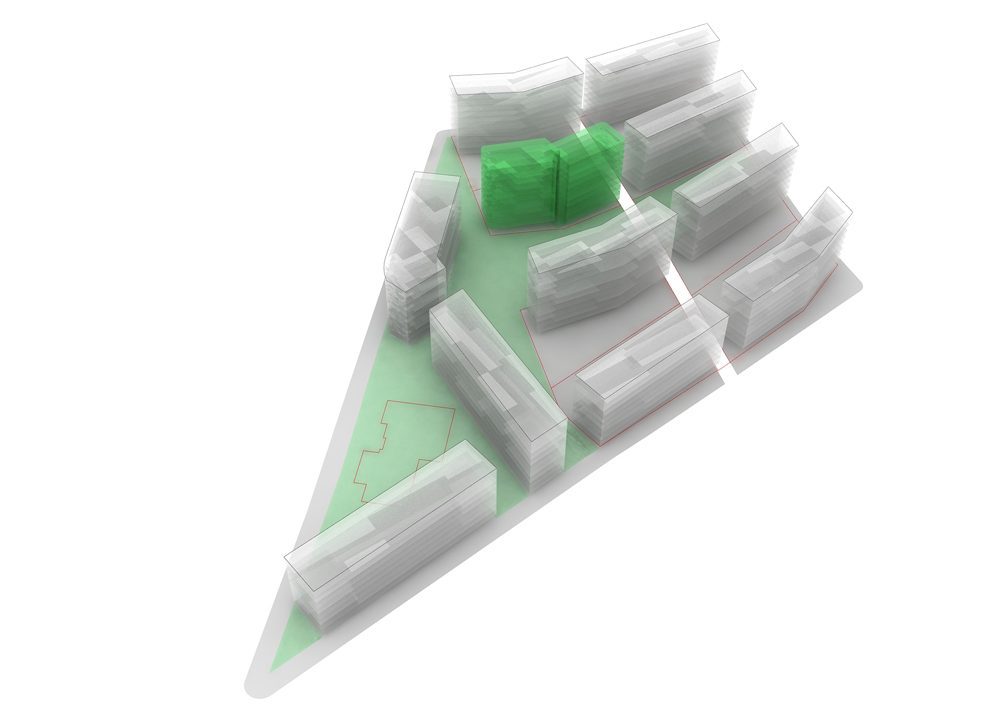 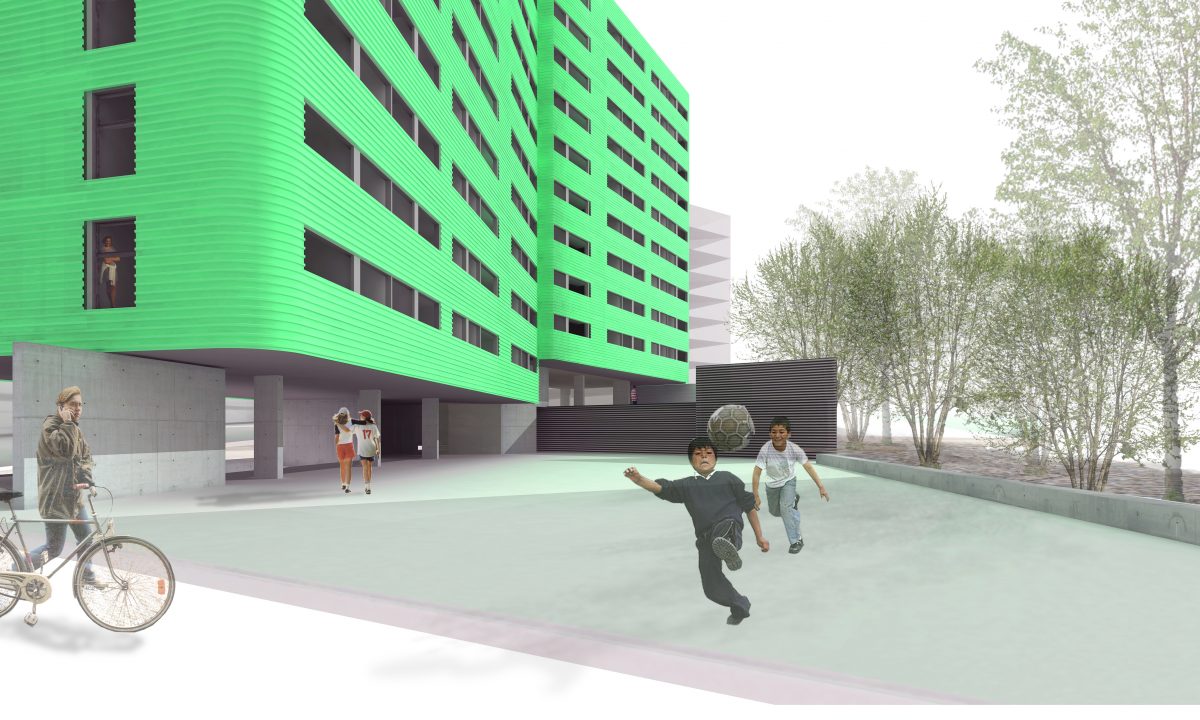