The Arrangement of the whole arises in response to what is considered as three fundamental conditions: the strong inclined topography of the land; the search of the south orientation for the living area and pool and the elevation orientation for the bedrooms; the requirement to open all the fundamental pieces of the House to the views of Levante (Sea and Golf) and the small pine forest of the South zone of the plot.

Housing is organized from the access of people and vehicles located in the upper part of the plot to level 145 and accessing it from Granada Street by level 146.

Volumetrically the entrance hall or “piece in wedge” acts as separating element of two volumes: a first volume called “Main” that reunites lounge / dining room, kitchen, services and the area of ​​terraces, porch and pool in P. Baja and the Master Bedroom in P. Alta, all the piece located or resting on the platform that we call level ± 0.00 and that is equivalent to level 145 with respect to the sea; a second volume called “Dormitories”, which groups three bedrooms of children or guests with their corresponding baths, and that in a staggered way extend in the plot keeping for the three the orientation of views and Levante. 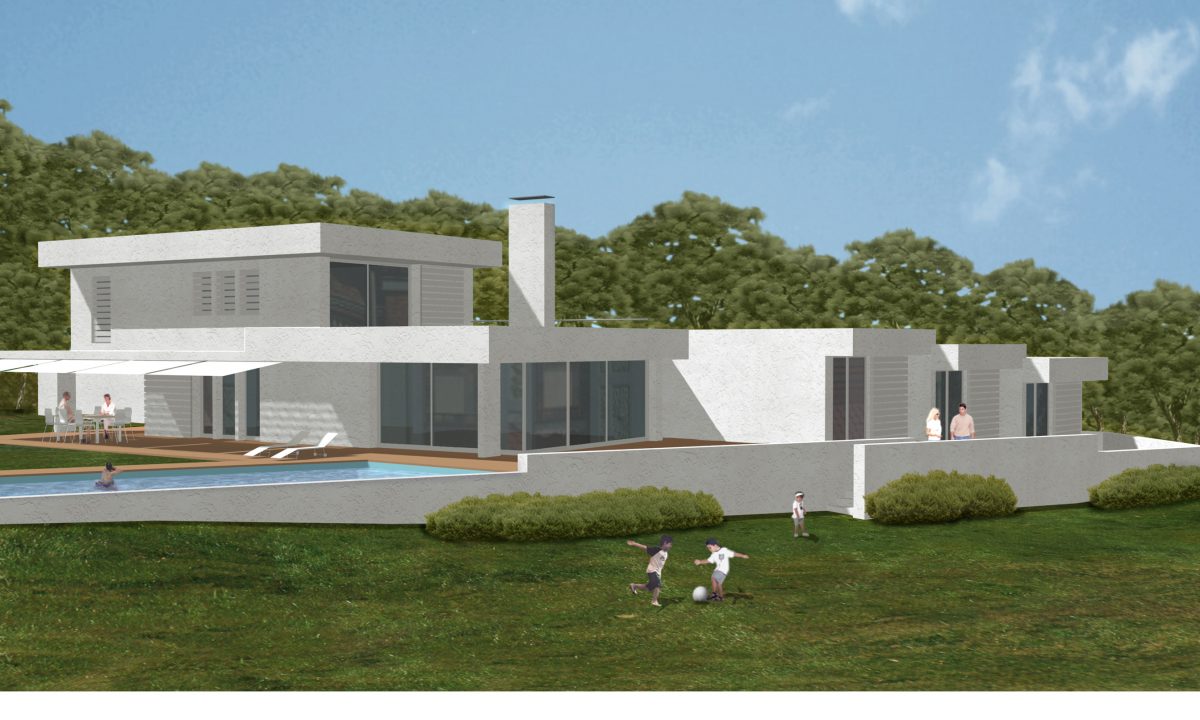